No Result
View All Result

Troops of Operation Forest Sanity have rescued seven people who were kidnapped by bandits in Birnin Gwari and Chikun local government areas of Kaduna State.

The victims were rescued during a military operation.

According to the Kaduna Commissioner for Internal Security and Home Affairs, Samuel Aruwan, the troops came under fire from bandits while on patrol along the Birnin Gwari-Gayam-Kuriga-Manini axis. 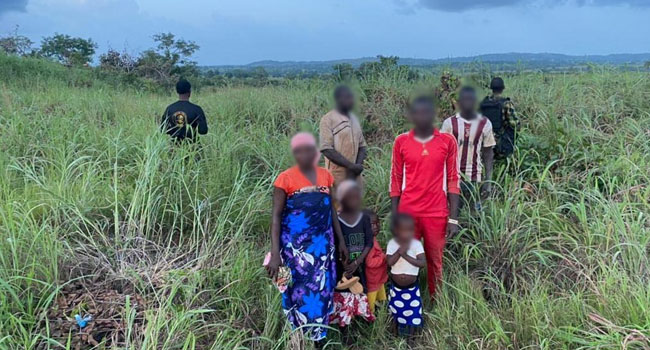 He said that they, however, returned fire and promptly subdued the bandits, who fled into the forests, leaving behind the captives in their custody.

No Result
View All Result